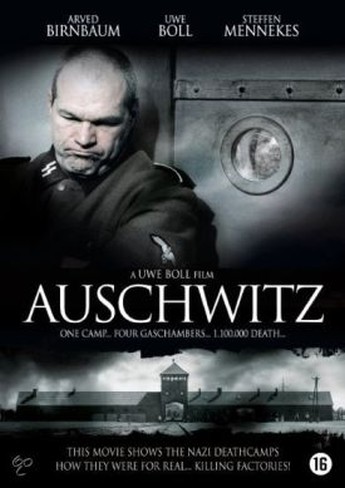 Boll’s reputation more or less dooms any chance of this being given an honest chance – and having sat through the likes of Postal and Bloodrayne 2, you can see why. But once you get past his video-game adaptations, and on to stuff like Rampage, if you’re honest, you’ll find he has talent. Darfur was another entry that showed he could actually tackle serious subjects seriously. But was he ready for the Holocaust? And, more importantly, were we ready for Uwe Boll’s take on the Holocaust? It’s certainly not what I expected. Only 70 minutes, and a good chunk of that is taken up in interview with modern German teenagers, quizzing them about their knowledge of what happened in the war. It’s pretty disturbing, such as the one kid who is uncertain whether it took place in the sixties or the sixteen hundreds. Definitely a six in there. Along with Boll’s introduction, it makes a good case for why films like this are necessary. And, as the director points out, not heroic tales like Schindler’s List, but ones that depict the grinding, dehumanizing process of everyday life and death in the camps.

The middle chunk is a recreation of a “day in the life”, though it would probably have been better if Boll hadn’t called this “Auschwitz”, because three huts and 50 extras do not make for a convincing facsimile, and gives critics an easy rod with which to whack the movie. It does a nice job of capturing the way utter evil became a thing of banality, the guards discussing holiday requests like any office drone, and misfiring crematorium burners in the same way we might talk about a broken copier. I’m not sure it was wise for Boll to cast himself as one of the guards, dozing off outside a gas chamber, as the victims pound helplessly on the door: it’s potentially a bit too egocentric and distracting. I can’t say I learned anything particularly much, and it’s neither one thing nor another, occupying an uneasy ground between documentary and drama, and not merging the two smoothly. It also falls occasionally into the Schindler’s List trap, with too many scenes showing people shuffling from one place to another, while mournful music plays. But it’s respectable and legitimate in its intentions, and Boll deserves respect for simply going down a road few would dare tread.