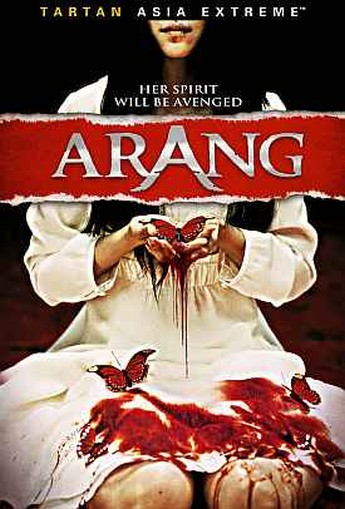 “CSI meets The Grudge” proclaims the back-cover, enough to make even us, fans of CSI [the Las Vegas version, anyway], roll our eyes. We like horror movies too, but have seen too many in the past year ‘inspired by’ the same thing: we’re now immune to any scares this particular sub-genre can throw at us. At least this, while it has the usual trappings, does try to ground its frights in science. The heroine is forensic investigator So-Young (Song) who, with her rookie partner (Lee), are looking into a series of deaths, where the victims apparently died of fright. Further research involves this was caused by cyanide gas – generated from inside their bodies. Each victim received an email just before their demise: and together, they went on a trip to the countryside a decade ago, which resulted in one of them being charged with murder.

It’s clear the makers are going for the high-level concept in the opening sentence, and it’s not a bad idea. However, here, it’s an uneasy combination, since the science doesn’t come anywhere close to explaining the supernatural side. Without wishing to give too much away, “hallucinations” are invoked, but why do the targets apparently all see exactly the same thing? And one key plot point involves a dead body lying undiscovered for ten years, in a place one assumes is visited not infrequently. The makers might have been better off going full-force for one camp or the other, rather than keeping a foot in each, with the effect of weakening both aspects. Still, Song makes a brave and resourceful heroine, yet with her own murky past; and it is at least trying to do something different – albeit with ingredients a little past their sell-by date.