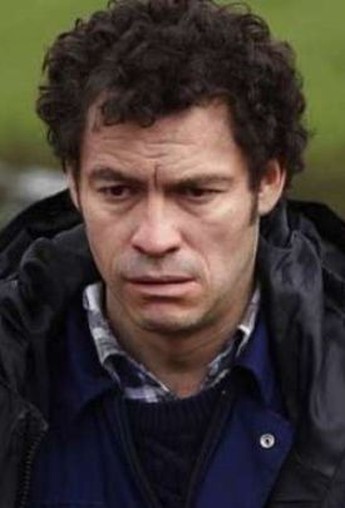 A film about a serial killer, which doesn’t actually depict any deaths or even corpses? That’s a twist. This, instead, focuses on the investigation into Fred and Rosemary West (West and Dolan), and the unwitting Janet Leach (Watson), brought in by the police to act as Fred’s “appropriate adult” – an advocate for an adult seen as vulnerable or with literacy problems. The question of whether Fred truly deserved such aid is never addressed; instead, it’s the effect the relationship has on Leach, as well as her family, as the investigation expands from the disappearance of the West’s daughter into one of the most notorious serial-killer cases in British history. Matters are not helped by the fact that she cannot pass on to the police anything Fred tells her. Not much fun being the confidante of a sexual predator.

However, the film largely steers clear of anything prurient, with the horrors largely only hinted at. There’s hints of a Hannibal/Clarice relationship; Janet wants to think she’s in control, getting “the truth” from Fred, but he lies with such ease, that I suspect he had little or no handle on what truth was any longer. Except for his devotion to Rosemary (Dolan), who managed to come across here, with only a few scenes, as potentially the truly-evil half of the partnership. Of course, as with all dramatizations, there are some issues of fact here; it appears Leach called the Daily Mirror to cut a lucrative deal, rather than the other way around. But with solid performances, it’s still a disturbing glimpse into the abyss which is true evil, and how it doesn’t always wear an obvious face, or hockey mask. For it’s possible, if West was telling the truth about his other victims to Leach, that the worst will remain forever unknown.