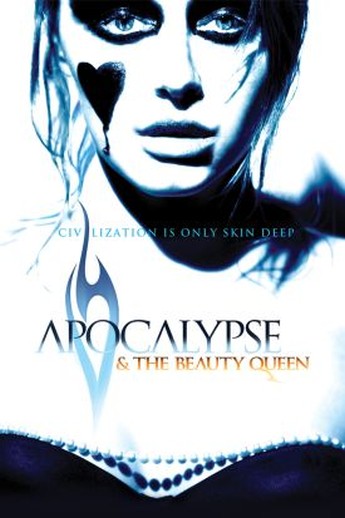 It probably seemed like a good idea at the time to make a micro-budget post-apocalypse version of the Countess Bathory legend. In this, disgruntled supermodel Queen Amber (Hynds) has taken over a rural county after the collapse of civilization, ruling with an iron fist, amid suggestions that she is responsible for kidnapping local girls to work in her “castle”, then making them vanish. One of those brought to serve her is Sylvie (Kocak); however, one of the queen’s sidekicks, Matthew (Gonzalez-Vio) falls in love with her, and they hatch a plan which will spirit Sylvie out and both of them away from harm. However, is he to be trusted? You can also throw in other inexplicable aspects, such as Gunnar Hansen, the original Leatherface, as Sylvie’s step-dad, and a pair of enforcers who couldn’t be more Rosencrantz and Guildenstern if they tried. Like I said, there must have been a time and place where this made sense. But for most of us, we’d wake up the next morning, shake our heads sadly, and reach for the hangover remedy.

To be fair, this is one of those films where the idea itself isn’t so bad, it’s just doomed by an execution which is so woefully inept, as to suck all life from the concept. It’s mostly the performances that are to blame – though the term “performance” is usually reserved for characters where the whose count of emotions portrayed reaches at least two. Such a definition would rule out most of the major actors here. The longer you have to watch them staggering around a poverty-row world, inhabited by 20-30 people, the further you sink into your chair, wondering what mad impulse made you think this was worth your time. The trick – and I used that word advisedly – is apparently in combining an appealing title with an interesting-sounding synopsis. Whether you can pull it off and deliver, is truly secondary. Long before the end, the idea of a real apocalypse will become appealing; or, at least, a power cut that’ll save you from having to watch the rest of this.