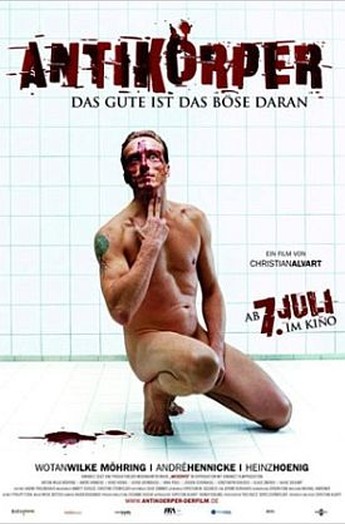 Despite obvious similarities to Se7en and Silence of the Lambs, with its psychological confrontation between a serial-killer and law-enforcement official, this manages to be quite its own beast, taking a more personal approach. Gabriel Engel (Hennicke) is finally captured after killing a dozen or more children across Germany. But rural cop Michael Martens (Möhring) wants closure, the death in his jurisdiction and the resulting suspicions having torn the community apart. Was Engel responsible? Or is the real killer still out there, close to Martens’ home? He travels to Berlin, where Engel is remaining stoic in the face of interrogation. However, when the killer sees the rural cop, it’s as if they have met before… There begins a game of cat-and-mouse, with Engel dripping out information, trying to convince the deeply-religious Martens that “Evil is a virus. Highly contagious. Highly destructive,” and the policeman is now infected.

Wise for Alvart to have Engel say, “What did you expect? Hannibal Lecter?” on meeting Marens, defusing the obvious comparisons. Normally, this would be a serious flawm trying to compete with Hopkins and Foster, but both leads heere are capable of going toe-to-toe, and their scenes opposite each other crackle with a similar intensity (Möhring looks more than a bit like Daniel Craig, especially after he shaves his moustache off). Similarly to Clarice, Martens has his flaws, and Engel exploits them ruthlessly, and the main dramatic thrust is whether he will achieve his agenda, at the expense of his foe, or not. That’s probably the key difference: here, the killer wants to destroy the cop, rather than put them through some bizarre form of psychotherapy. There’s also the community aspects and religious overtones, which Silence didn’t have, so there is plenty to distinguish it. The ending has struck some as ridiculously contrived; I can see how it could feel like that, though it didn’t to me. Instead, it seemed a fitting ending to an engrossing glimpse into the abyss.