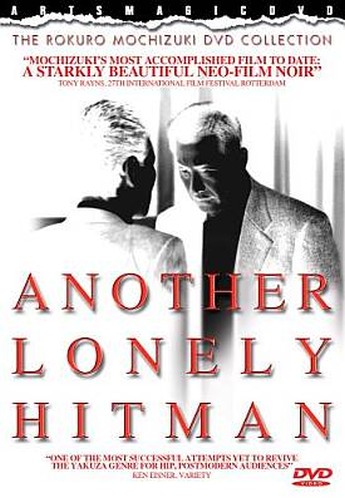 Oh, no – not another lonely hitman! I don’t think that’s quite what the title is trying to imply, but despite an interesting set-up, this never comes off as much more than a vague parody of the cliched “angst-ridden killer”. Tachibana shoots a rival gang’s boss, and spends a decade in prison as a result. But when he gets out, Yakuza life is no longer the honourable employment he remembers, it’s all money-lending, financing golf-courses and – worst of all – drugs. Needless to say, this has the makings of a monstrous culture-clash, especially when the prostitute (Sawaki) he takes under his wing, turns out to be hooked on drugs sold by his boss, as part of an alliance with the gang whose leader Tachibana murdered.

However, the story never fulfills the potential, despite a fine performance by Ishibashi as the stoic killer who wants to find redemption somewhere – anywhere – only to be spurned by everyone, even his own mother. It’s giving nothing away to say tragedy is almost inevitable, and we speculated on how exactly it would unfold: the way it does, though, is deeply unfulfilling. Indeed, the same can be said largely about the entire final third, that fizzles off into a damp squib, when it should explode like a volcano. It’s a disappointing end, that shows mere awareness of genre cliches isn’t enough – you still have to create something with which to replace them.