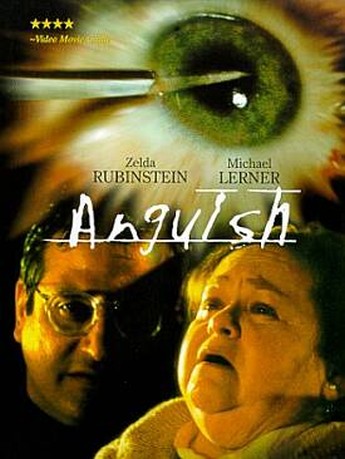 This is one of those films where the less you know, the more you’ll appreciate it, so apologies in advance if this review is a little obscurist. Dating back to 1986, it out-post-moderns the likes of Scream, especially in an brilliant opening half-hour which starts off one way, then flips in a totally different direction. Life parallels art, or is perhaps imitating it, in a complex blizzard which leaves you confused as to what you’re watching is “real” or not. It’s especially impressive, given that the cast, all acting their socks off, are almost unknown, save for Zelda Rubenstein (the midget medium from the Poltergeist series).

Although Spanish, the most obvious nod is to Italian splatter (particularly in a thumpingly Goblin-esque soundtrack), with Psycho also an influence. Yet, this is more than mere homage, and flirts with the cinematic equivalent of a perfect game, before giving up a couple of home runs in the ninth innings. The ideal would be to watch this in a cinema, adding another level of complexity to the psycho-carnage; but even at home, and admitting the disappointing ending, this is impressively assured film-making.