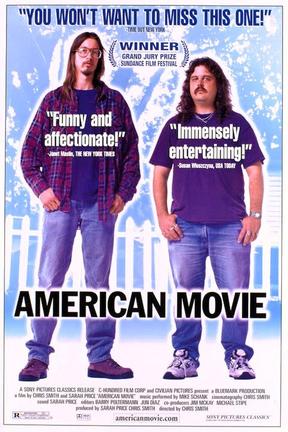 This documentary features Wisconsin movie-maker Mark Borschardt, starting with his efforts to get his drama Northwestern off the ground. When this proves a dismal failure, he returns to a previous horror-film project, Coven, in an effort to raise funds. Sprawling over a long period, the film-making sections are a joy to see, being so funny as to make you wonder whether they are scripted, and you must respect Borschardt and his actors for putting up with so much as they do, up to and including having their head driven into not-too-well prepared cupboard doors.

A particular standout is Borschardt’s friend, musician Mike Schenk, conclusive proof that the drugs indeed don’t work. The other sequences, involving Mark’s family, are much less enthralling, playing like a Jerry Springer episode without the fights, though his uncle Bill is an endearingly William Burroughs-like character. This comedy of errors lights up an amazing tenacity in the face of every conceivable problem – not the least perhaps being a lack of talent. Indeed, while Schenk seems a harmless and affable druggie, Borschardt comes across as a social inadequate, barely one step short of outright unpleasant. However, the joke may be on us: largely as a result of this film, Coven has sold over 4,400 copies to date, and his career in the movies is no longer just a dream…