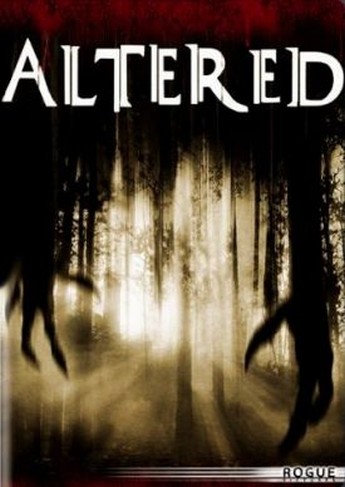 I came in to this knowing very little about it: Chris had caught a few minutes on cable, and decided it was worth a DVR. It’s probably best if you do the same, as this certainly surpassed all expectations, even though we didn’t know at the time, it was by one of the co-directors of the over-rated Blair Witch. It’s the story of a group of friends who went through what seems to have been an alien abduction years before, that left them all changed by the experience. One died, one became a recluse, and the three others spend their free time hunting in the woods from which they were taken, hoping for a chance at payback on their abductors. Finally, it happens: they capture an alien creature. Uncertain of what to do next (they didn’t seem to have thought the plan through all that well!), they take it to the recluse, Wyatt (Kaufman); his abduction was the longest, and he seems to have a better handle on things than the others. But they soon discover their captive may not be as helpless as it initially seems, and indeed, the roles of hunter and hunted may not be quite as they hope.

I kinda want to describe this as Tucker and Dale vs. Aliens: that would be an easy, but largely incorrect assessment, because while both feature redneck heroes in genre settings, the tone here is definitely not comedic. That’s clear from the alien alone, which is a nasty critter that can mess with your mind, infect you with a nasty, flesh-eating disease or simply yank out your intestines and play tug-of-war with them. Though it’s clearly a guy in a rubber suit, it’s an effective creation, and is backed by decent performances from the cast, who come to rounded life in a way that Tucker and Dale never did. Kaufman is likely the pick, playing a character both damaged and massively enlightened by his experience, and is the only one who seems to have any handle on the situation. If the low budget is occasionally visible round the edges, it is rarely too much of a distraction. Instead, the script and performances help turn this into a small and unexpected pleasure, a taut monster movie that punches well about its weight.