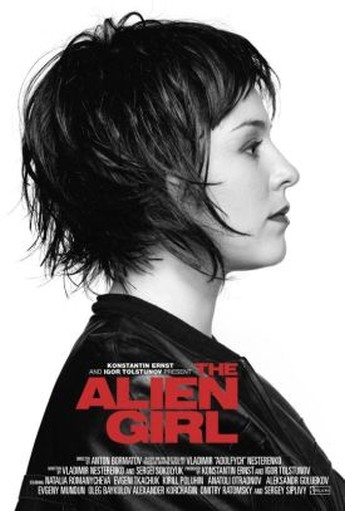 A mob war in the Ukraine comes to a peak with a hit on a carful of gangsters. However, a survivor fingers one of the assassins, who is offered a deal by the cops – turn state’s evidence, and the death sentence will be commuted to a prison term. To forestall such an event, his former boss, Rasp, sends four men to Prague, to bring back the stoolie’s sister, Angela (Romanycheva), planning to use her to convince the informant not to testify. However, the youngest and most naive of the men, Whiz (Tkachuk), falls for her seductive whispers of a life together in France, and goes off-mission. He doesn’t know that Angela got her nickname ‘Alien’ for a reason: less because she was a foreigner in Prague, than a similarity to a certain Ridley Scott movie. While she doesn’t quite burst out of any chests, it seems quite possible she might have acid for blood.

The main problem here, is the the part of her arc covered by the film is perhaps the least interesting part of her life. The section prior to being shipped off to Prague, when she was working in her own right, has potential, as does the part after the film’s climax, which is briefly touched upon prior to a coda, five years later, that ties things up. [I did like how the final credits used mortuary pics of the dead characters to illustrate their roles] In comparison, what we see here is flatly-staged and largely predictable; Chris drifted in, caught a couple of mins, correctly predicted, “He’s going to fall in love with her,” and swept airily out. One senses the director is trying to point out how the thugs are stuck from an earlier time, most obviously in the Czech bar, where they stick out like a sore thumb. Perhaps this might have more resonance to (former) Eastern Bloc viewers – the film is mostly set in 1993 – but between this and the lack of any truly sympathetic characters, it’s not as much fun as I hoped.