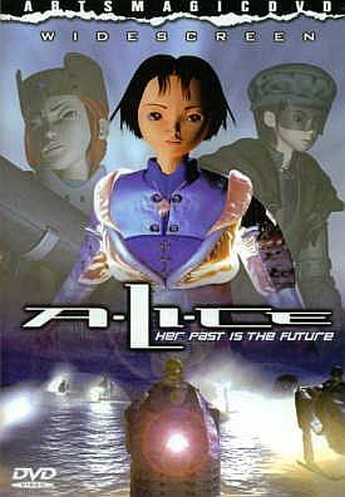 Yep, that’s how it’s spelled – for no readily apparent reason. She’s a young girl who goes into space, but the mission goes badly wrong, and when she regains consciousness, she is in Lapland. Thirty years later. With the world now under the control of an evil dictator called Nero. That’s what I call a hangover… She finds herself hunted by both Nero’s soldiers and the rebels, because of the signficant role she plays in future history; it’s a little like a reversed version of The Terminator, with the heroine drawn out-of-time, and trying to figure out what her role is, before it’s decided for her.

The entire film is CGI animation, and as you’d expect for something made five years ago, from a technical standpoint, is definitely showing its age. You’ll frequently think you’re watching a cut scene from a computer game, and your thumbs may be forgiven for twitching when, on a couple of occasions, characters in the film pick up and use gamepads. As usual with CGI, what works best are the settings and hardware; notably less successful are the human characters. It’s probably significant that the one who comes across best is Maria (Kouda), an android waitress who’s been “upgraded” with full combat capabilities.

Any film using time-travel as a requires very careful plotting. Here, the major paradox is, if 2000 Alice acts to prevent Nero from gaining power, then the 2030 world would immediately be very different from how it actually is. Such inevitable quibbles aside, the plotting moves along briskly, though Nero’s security leaves much to be desired, even by Evil Overlord standards. Kaori Shimizu, who voiced Lain in Serial Experiment Lain, does sterling work as Alice; her rescuer, Yuan (Suzuki), comes across as probably more irritating than endearing. If you can get past the somewhat dated look – thinking of it as “retro-style” probably helps – this is solid SF. There are a couple of very effective moments, generally sound execution and, most importantly, it’s clear that some thought has been put into the story.