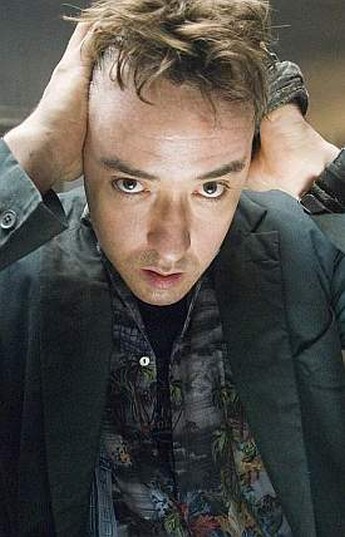 Based on a short story by Stephen King, this has jaded author Mike Enslin (Cusack) fed up with writing books about haunted locations that aren’t really haunted. When he gets a postcard inviting him to Room 1408 of New York’s Dolphin Hotel – or, rather, tell him to stay out of it – he’s intrigued enough to book it for the night. That’s despite all the efforts of the manager (Jackson) to dissuade him, detailing the long history of unexplained deaths in the room, dating back to the first week the hotel opened. Enslin is sceptical as ever, but within minutes of setting foot in the room for the night, things start to go wrong. The digital clock sets itself to countdown from 60 minutes, he begins to suspect he is not alone and – most dreadful of all torments – the radio keeps switching itself on and won’t play anything but a Carpenters song. The horror. The horror. Especially since, when Enslin finally wants to check out, the room decides otherwise.

Cusack has to carry the movie almost by himself, as the sole inhabitant of #1408, and does the expected fine job. Enslin shifts from dogmatic doubt to bemusement, and then finally to full on terror, as even he cannot deny the reality, at least to him, of what he is experiencing. It’s a difficult character arc to pull off, and Cusack deserves credit for bringing the audience along with him on the journey. Håfström uses a mix of understated atmosphere and more direct shocks to ratchet up the tension, and does so effectively. The main problem, and it’s usually the case with this kind of movie, is trying to get a satisfying final payoff. There were multiple endings shot, and it’s probably up to the viewer to decide whether they one used theatrically was the most appropriate. Personally, I found it tolerable, if ultimately not completely satisfying, and somewhat at odds with the tone of the movie overall. Though as PG-13 rated horror goes – normally the equivalent of decaffeinated coffee – this still isn’t at all bad, with a a good central performance on which things can be anchored.