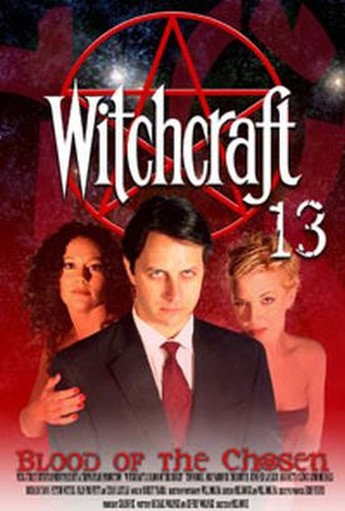 There’s a scene right at the end of this, that made me go “Hmmm,” and showcased exactly how this series could have developed. It’s where Spanner (Wrobel this time) embraces his inner darkness in a quite-surprising way. The whole saga supposedly was focused on the struggle between the good and evil components in his make-up, but up until that point, it had been an almost entirely one-sided battle, with Spanner little more than a slightly tormented goody two-shoes. It’s probably one of the best moments in the entire series, and leaves you wondering “What if…?” Otherwise, it’s more or less the same as usual, even though half a decade elapsed between parts 12 and 13. with Spanner being drawn in to the usual series of ritual murders, in this case men having their hearts ripped out and gnawed on, after being lured in by an all-girl coven – probably about the closest we’ll get to female empowerment here.

“If I’d wanted to make love to a glass of water, I’d have gone to my kitchen.” I just have to document that non sequitur, spat out by one of the coven’s victims before his demise. If ever I have my heart ripped out by Satanists, I hope I can come up with something better than that. This does continue the “magical lightning” angle invented in its immediate predecessor; however, as there, just because you can write a scene featuring this talent, doesn’t mean you should do so, when your budget and effects talents are so obviously short of delivering it. I did like the portrayal of Spanner as a working stiff lawyer, and Wrobel makes a decent everyman. House does better with the material than Sykes, with a couple of well-done dream sequences that create more atmosphere than usual, and the film does make some effort to provide an all-encompassing story, covering all 13 films. On the other hand, the plot takes far too long to get to the good stuff – there’s a whole relationship between Spanner and an employee which doesn’t go anywhere – and the exposition is clunky, with one guy wheeled on for no purpose other than to explain the back-story. There’s also an almost-exact repeat of the “plotting the bodies on a map” scene from XII, which had me rolling my eyes, even if this time it formed a pentagram.

If only they had reached this point by the second or third movie, with Spanner genuinely torn between using his powers for good and evil, and struggling with the need to do bad things to stop a greater one. There could potentially have been a genuine cult series in exploring that, rather than a series which, to be honest, deserves more to be remembered for the wrong reasons. It has now been five years since this came out, and there has been no word of any upcoming 14th entry. I suspect Vista Street Entertainment may be dead, as at the time of writing their website doesn’t appear to have been updated since 2008 – and stylistically, appears to date from about a decade prior to that. If this is the last entry ever, it’s a respectable enough way for things to end, even if (as with most of the 13 movies) it’s not necessarily a film I’ll ever want to watch again.