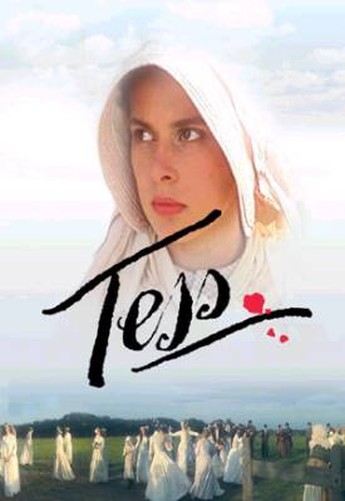 Tess (Kinski) is the daughter of John Durbeyfield, a poor farmhand who learns from the local parson that he is related to ancient nobility, the D’Urbevilles. Though the parson never intends it to be taken serious, John and his wife order Tess to approach the lords of the D’Urbeville manor, and see if they will assist their ‘poor cousins’. From here spins off tragedy of Shakespearean magnitude, happiness eluding our heroine with the grace of a butterfly, as life spirals out of control until a finale of immense poignancy. I could do the entire review on the psychosexuality of this, filmed just after Polanski’s hurried departure from the States, while he was shagging Kinski, but is dedicated to Manson Family victim and ex-wife Sharon Tate. However, this really only adds background resonance to a stunning adaptation of Thomas Hardy’s novel about a woman and the men who bring disaster down on her innocent head: her father, her lover, and her husband.

So what is a chick-flick from the “all men are bastards” school of feminism doing in the TC Favourite Films? Long-time readers may remember my former fascination with Kinski and suspect that’s the reason; while that does explains why I saw it to begin with, it really has no bearing on my opinion. Even unbiased observers must admit Kinski’s performance is amazing, not least for her accent (much credit to dialogue coach Kate Fleming). Her character is passive yet strong-willed, a fascinating contradition, and her emotions flood every frame in which she appears. Spotting potential in the star of Passion Flower Hotel was a brilliant call by Polanski – even if I suspect he was not just entranced by her acting, if you know what I mean, and I think you do. 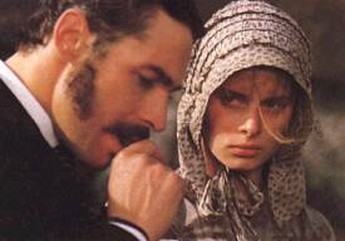 But in almost every aspect, it’s a fabulous and faithful work, though it would take someone far less talented than Polanski to screw up what, IMHO, is the greatest novel in the English language, a savage indictment of the religio-sexual hypocrisy prevalent at the time. Credit is also due to Peter Firth, for his finely nuanced work as Angel Clare, torn between love for Tess and his moralistic upbringing. Cinematographer Geoffrey Unsworth died in production, but whether it’s his or Ghislain Cloquet’s photography, the results are lushly gorgeous – Brittany stood in for Britain, which was off-limits to Polanski. Phillipe Sarde’s music fits it to a T, and it is just a superb pastoral tragedy. I may prefer other Kinski films, but if I had to point to one and say “This is her best”, it would be Tess.