There’s something about this which feels like a stage production, more or less being one set and four characters. The set is a jail cell; the characters, inmates who start off playing poker. Then a harmless joke bet, to eat a tube of toothpaste, is reneged on by its instigator, Mitch (Sipos). The other three force him to carry out his obligation, and things then quickly escalate from there, particularly after Mitch makes a break for the alarm buttons and tries to alert the guards. Retribution is swift and terrible. Leading the instigation is German skinhead and arsonist Jack (Mennekes), along with scrawny, psychopathic armed robber Harry (Furlong). Reluctantly going along – mostly for fear they’ll turn on him – is the final cellmate, Peter (Levinson), who comes up with the idea of faking Mitch’s death and making it look like suicide… 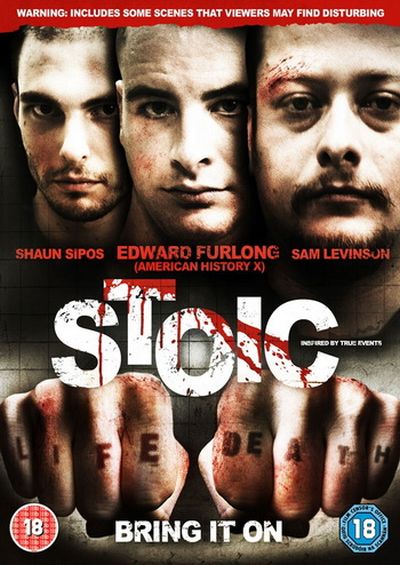 Boll seems adept at pushing Chris’s buttons: the scene where Mitch is forced to eat his own vomit got her scurrying out of the room this time. A lot of this is certainly difficult to watch, although one wonders what kind of jail it is, where the guards apparently never check on the inmates. The performances are solid, with Levinson coming out best, though Furlong certainly isn’t someone with whom I’d like to be locked up; it appears the dialogue was mostly improvised, and it certainly has a natural flow. While Boll breaks out the hand-held cameras again, at least this time, they aren’t being waved around like Leatherface wielding his saw, and I don’t think this had much to do with my wife’s early exit.

The main problem is that I don’t quite get what the point is intended to be here. People in jail do unpleasant things? Peer pressure is bad? Whatever it was, and even though this was based on a true story from a German juvenile detention facility,  the end seems to fall some way short of justifying the sight of Mitch getting a broom handle shoved up…well, his end. It did provoke a discussion with Chris about what we might do in a similar situation, where you are forced to participate, or risk becoming the next victim. While it’s a topic that certainly merits some contemplation, much the same ground was covered, to better effect, in Shellter. The main thought I take away from this, is that I probably wouldn’t do very well in prison.