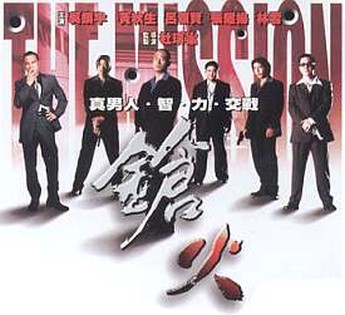 This is cool, perhaps more so on the emotional level than as a description of the film. It doesn’t immediately grab you, creeping up lightly on its tip-toes: indeed, it’s perhaps one you’ll look back on more fondly than when you were watching it, since it often seems confusing and over-loose. This is particularly true in the action, which has a staged feel; on occasion you might need to rewind it, just to work out just what’s going on. But the acting from the four mentioned atop is excellent, though beyond them, there isn’t sufficient to differentiate the characters. Perhaps the key moment is when the bodyguards start kicking around a scrunched-up paper ball in an impromptu footie session. As a metaphor for the tedium of their work, and the bond they’ve formed despite it, this is a simple and elegant moment of genius.