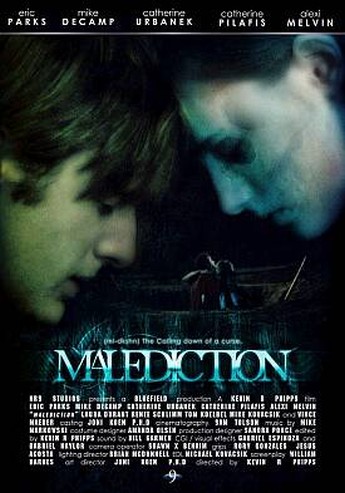 There isn’t an awful lot new here – we’ve all seen the “guy hassled by ghost until he solves the mystery” storyline before. Yet the execution here is tidy enough to make for a decent time, with a good visual sense and some striking moments. When Jason (Parks) hears a neighbourhood house may be haunted, he and his teenage friends stage a night-time visit. From there on, Jason suffers a series of increasingly disturbing visions, that point to a terrible, undiscovered crime having been committed there, but the police find no evidence to justify opening an investigation. After he shares this with a teacher reputed to have some psychic gifts, she encourages him to make contact with the afterlife. Can Jason unravel the past and quell the restless spirit that torments him?

While a low-budget work, the technical aspects are nicely handled, and for much of the time, the makers work within the limitations effectively. Sound and music are particularly strong, and the film also contains a surprising number of well executed and integrated FX shots. The main weakness is a script which, as noted, is just too familiar, and contains some clumsy elements: if I stumbled across a blood-spattered tape hidden in a wall, I’d watch more than 30 seconds (a minute’s patience would have resolved the entire mystery). The same elements could have been re-arranged to better effect, and some judicious trimming might have helped as well. For example, one of Jason’s friends has a blood-spattered dream, an aspect which goes nowhere. Still, as a debut (apparently) feature effort for Phipps, it’s got promise, with a careful eye on the commercial side as well as the artistic one.