Originally titled Phobia, it’s a product of the early seventies, when the post-Woodstock backlash against the hippies was in full swing. Subsequent events had turned the tide of public opinion against them in just a few months. In December 1969, the Altamont Festival saw an attendee, high on meth, stabbed to death by one of the Hell’s Angels who were providing security. But it was the revelations about Charles Manson and his acolytes, indicted the same month, which was likely the true death-knell for peace, love and the hippie way. They’re clearly a big influence on the story here, which sees a neo-religious cult, SADOS (Sons and Daughters of Satan), end up in a small, rural town after their van breaks down.

Tensions are high from the start, after local girl Sylvia (Brooks) is assaulted by the gang, under the leadership of Horace Bones (Bhaskar). Her grandfather, the local doctor, goes to remonstrate with them, but is disarmed, fed LSD and sent on his way. It’s up to local kid Pete (Kierney) to take revenge, and you’ve certainly got to give the young ‘un credit for imagination. After shooting a rabid dog, he uses his grandpa’s medical gear to extract infected blood from the corpse, and injects it into meat pies, which he then sells to the hungry, hungry hippies. In defiance of the usual 3-8 week incubation period for rabies – the film blames drug use – within a couple of hours, they’re frothing at the mouth, then attacking locals, each other and the workers on a nearby engineering project.

While rarely less than ludicrous, it’s effectively realized by Durston, with enough enthusiasm that this was apparently the first movie ever slapped with an ‘X’ certificate (introduced in November 1968) purely for violence. It plays a little like Night of the Living Dead, with counter-culture zombies posing a threat, not just to the established order but also themselves, as the SADOS turn on their own kind [perhaps a nod to Manson’s part in derailing the sixties]. The makers were helped by lucking into a good location. The town of Sharon Springs in upstate New York had a lot of deserted buildings, with which the production was allowed, more or less, to do as they wished. The resulting rampage of destruction certainly delivers good value for its low-budget dollars. 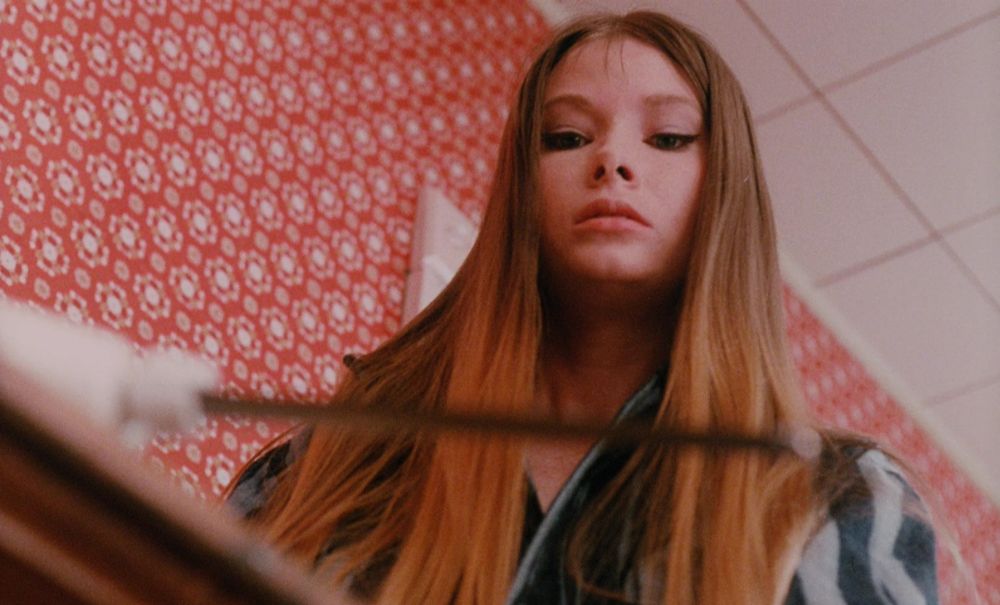 Durston came up with the concept in response to a request from Gross, combining the topical Manson case with a story he’d read about rabid wolves attacking a Iranian schoolhouse [which sounds fascinating, if completely unverifiable]. This seems to have been his sole foray into the horror genre, in a career which otherwise took him from variety TV to sexploitation. The cast are mostly as obscure, but among the uncredited are Arlene Farber, who’d go on to appear in The French Connection, and Lynn Lowry, later part of the not-dissimilar The Crazies. Lowry was a late addition to the cast, playing a mute member of the SADOS – that way, Durston didn’t have to write her any lines, though she gets a memorable scene involving an electric carving-knife (above), before vanishing from the film. Lowry actually asked not to be credited, as the young actress was concerned word would get back to the TV network for whom she was then working on a soap-opera.

It’s undeniably schlocky, playing very much like a Herschell Gordon Lewis effort – a mixed blessing! – and is hurt by uneven pacing. But that’s a chunk of the charm, and when it eventually gets going, the film makes strenuous efforts to make up for lost time. Even if the title is only tangentially accurate (unless “you” happen to be a dead, formerly rabid canine), I imagine most of the seventies audience would have headed to the concession stand at half-time, feeling like they had got their money’s worth so far. They would probably have been better off if they’d kept heading out of the drive-in at that point, abandoning their dates, small children and cars.  For chugging down some infected blood would likely be preferable to the other part of the double-bill with which this was paired.