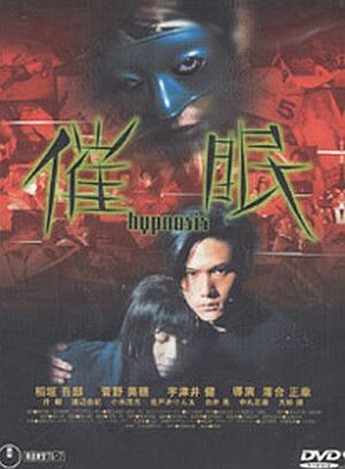 I’ve never been able to take hypnosis too seriously; this very afternoon, it was the subject of Jerry Springer, with people doing the usual things such as taking their clothes off, etc. This film does pose an interesting question – what could a really evil person do with hypnosis – but it bogs down in seemingly endless sequences of people being put into trances. The thriller aspects, which see a detective (Utsui) and a psychologist (Inagaki) trying to discover the cause of a rash of bizarre suicides, works very nicely, and for once, I was left wishing for a more mundane explanation.

Instead, it vanishes off into the realms of psychobabble and split personalities, more befitting a giallo, and left me behind in the process. The two protagonists work well with each other, and there’s a great sequence, played out against Dvorak’s New World Symphony, where Inagaki races to try and save his colleague’s life, having worked out the hypnotic trigger. Against this, it spends too long on the mechanics and the atmosphere, with a number of scenes that lead nowhere, or fail to move the plot forward. It’s as if they came up with a great premise and a grand finale, while forgetting that they needed to do something in the middle.