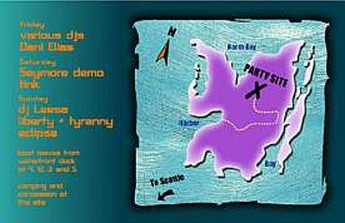 This surpassed expectations, albeit partly because we went it expecting tedious dreck. We were half right; while shallow, predictable, and largely full of highly irritating teenagers, it is at least not dull. A bunch of spoilt brats arrive late to an island rave, only to find no-one there, save a lot of zombies intent on tearing our heroes apart. Luckily, the boat that brought them is captained by Kirk (Prochnow, wishing like hell he had Patsy and Liz on board instead) – and yes, they make the obvious joke about his name – who is a smuggler, so happens to have a crateful of weapons. That, and feisty Coastguard officer Casper (Ellie Cornell), gives them a chance…

Early on, there are signs Boll is adopting the right tongue-in-cheek approach. Just to remind you where this came from, the scenes are intercut with screen captures from the game – including at one point an exhortation to reload. There is one great sequence in the middle, where our heroic group try to fight their way into a house, which rampages utterly over the top, stylistically. It provides easily the most memorable moments of the movie, though perhaps the explanation is that all the interesting characters are killed therein, or soon after – nothing subsequent can compare. Universally slagged off by critics (probably because they hated having to pay like the rest of us, there being no press screenings for it), this is irrational, hyperviolent and dumb as hell. In other words: just like the game.