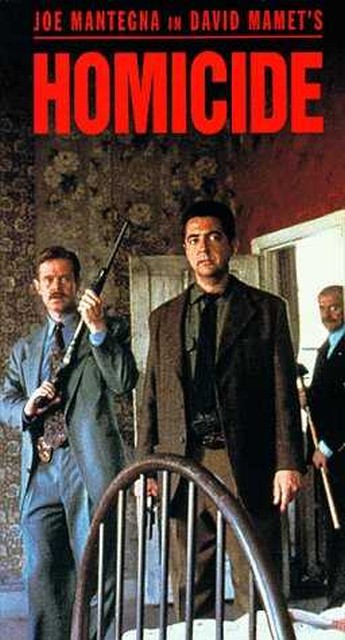 This is still obviously a Mamet film, with its twisted plot in which the viewer is largely unsure of facts and even motivations. The main difference here is how it’s largely a house of cards, rather than a house of games; there may actually be less going on than you think. Mantegna plays detective Bobby Gold, dragged off an important case to pursue the murder of a Jewish shopkeeper, but who eventually finds himself drawn in to questioning his own sense of identity – he’s Jewish too – as he links up with a anti-fascist terrorist group.

If this side of things is a little heavy-handed and moralistic, it does provide the film’s best scene, in a blisteringly anti-Semitic rant by Mantegna, which is classic Mamet, in that its significance only becomes clear after he’s finished. More convincing is the everyday police department work, with Macy as his partner; this persuasively delivers, showing how departmental politics interferes with the business of solving crimes. Gold’s startlingly rapid transformation from cop to Zionist terrorist isn’t convincing, however, requiring too much suspension of disbelief. It’d probably have been a better film if Mamet had laid on the obvious political correctness with something smaller than a cement mixer.