This obscurity doesn’t appear even to have an IMDb page, under any of its titles, though just about everyone involved with it has worked fairly extensively. Rivera, for instance, has eleven other movies to his directorial credit: the one I may have to track down is 2009’s Vampiro, which appears to be a Latino version of Blade. Saenz, meanwhile, has over two hundred titles in his filmography, dating back to the seventies – the majority with the “(V)” designation. The IMDb says he is “known for El clon de Hitler,” which sounds like a must-see. 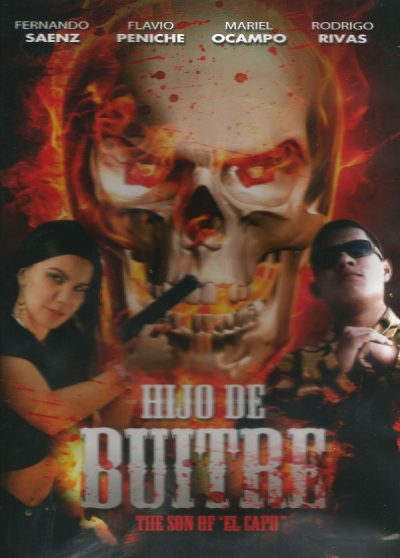 Here, he plays Rosendo, the effective ruler of a town in rural Mexico. Along with his wife, Regina (Ocampo), they have no qualms about executing the local peasants, in order to get control of their land. Meanwhile, son Paco (Rivas) is taking advantage of his status to do pretty much what he likes. Mostly, this involves molesting Julia (Angelica Gallardo), the daughter of one of their tenants. We first see her taking an outdoor, yet fully-clothed, shower (above): it’s the most gratuitous use of water for a film’s opening credits since Barb Wire.

Neither Rosendo nor Regina are exactly obeying their marriage vows. He is bonking another one of his employees, while she is having an affair with Nemesio (Peniche), the area’s police commander – part of the reason for their apparent legal invulnerability. Local Matias finds this out the hard way, when he tries to get the local cops to investigate the death of his sister and nephew at the hands of Rosendo’s enforcers. However, the federales have not been corrupted, and when they show up in town, their investigation quickly throws a spanner in Rosendo’s operation. Meanwhile, Paco has just discovered his father’s extra-marital activities, and is none too happy about this perceived disrespecting of Regina.

The title here – which may or may not be the original – literally translates as “Son of the Vulture,” while the alternate Spanish one means “Blood of Jackals”. The performances here aren’t actually too bad: functional, to be sure, yet the bad guys (and girls) are appropriately villainous, stopping just this side of twirling their mustaches, and the good guys appropriately heroic. The problems is far more a script that alternates between doing nothing to progress the story – you get consecutive scenes with absolutely zero purpose – and sudden, unexplained lurches forward. The latter is particularly true of the ending, which makes sense on a basic level of revenge, yet comes completely out of nowhere.

Still, we had to laugh when Matias visits Julia’s home for dinner, sits down at the table on which Paco had been ravishing her not two minutes previously, sniffs the air and asks, “Did you cook seafood?” Or when Paco confesses to his mom that he just sees Julia “when I’m bored. Oh, and after The Simpsons.” If deliberate, such drollness can only be admired.