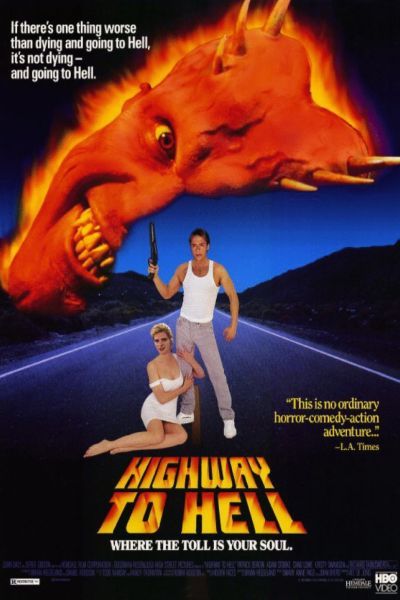 [22] This quirky little horror pic proves that given enough imagination, even a ludicrous central premise can work. And, boy, do we mean ludicrous here: a Satanic cop stalks a stretch of road, kidnapping beauties for his master in Hell, until the boyfriend of one follows him below, intent on rescue. This part of Hell looks like Arizona, it would appear, and there are too many mis-steps to make this a classic; the astonishingly annoying kid guarantees that. Yet, equally, there are enough cool elements casually dropped in without fanfare to keep you watching, and Jason Patric makes a fine Devil. Nice touch that Satan wants only virginal beauties, reversing the usual ‘have sex and die’ cliche – but such is the kind of oddball movie we have here. Worth a look.