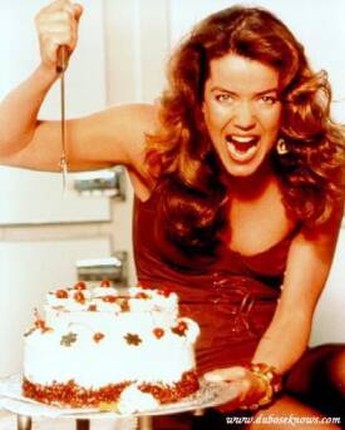 A slight, frothy little movie, that seems to be trying to parody Basic Instinct and other erotic thrillers, but never quite gets there, though with a few decent laughs on the way. The major selling point is Babylon-5 babe Christian playing psychotic supermodel Hexina, whom hotel clerk Gross talks into bed, only to discover her murderous side. Christian is pretty decent, but in terms of nekkid space tottie… hmmm, I scent a body double at play, even though this predates her rise to fame. It held my attention for an hour or so, then I found myself more interested in watching Chelsea grind out a 2-0 win over Slovan Bratislava, which pretty much sums up my feelings about the film. After a while, it forgets that it’s supposed to be a comedy, and stops delivering any real jokes; the end result is probably highly watchable for Claudia fans, but isn’t especially memorable for the rest of us.