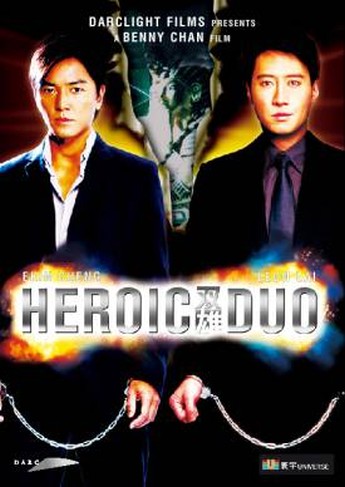 A policeman walks into his station, takes some papers from the safe and sets the rest on fire. While being questioned, he rambles about hypnosis, then blows his brains out. To assist his investigation, top detective Kin (Cheng) enlists the help of hypnotist Li (Lai), currently serving 15 years for a killing in mysterious circumstances. However, it’s all a set-up, which succeeds in its aim of framing Kin for the theft of $100m worth of gems, though Li is also acting under duress. His wife has been kidnapped by Ocean (Ng), a criminal he helped put away, and leaves a series of clues, hoping that the now-fugitive Kin will be able to follow them and save the day.

The script doesn’t stand up to scrutiny (if Li’s in jail, who hypnotised the arsonist cop?), yet this is still solid fun. Lai and Ng in particular are great, and the impressive, literally breath-taking, rooftop stunts to keep you going between the inevitable bursts of psychobabble. There are other moments to savour, such as Ocean’s elegantly-veiled threat to reunite two young kids with their father. They’re delighted, unaware Ocean has already killed him; the look on their mother’s face (she does know) will be indelibly etched on my memory. Though the gun-battles here are surprisingly ineffective – and unrealistic, even by Hong Kong standards – the rest of this shows why Chan is in HK’s upper tier of popcorn craftsmen.