I’ve never seen Hercules, starring Dwayne ‘The Rock’ Johnson, but it’s clear that it was the target for this Asylum mockbuster. Not only do the two films share a legendary hero, they also both casting a former WWE superstar as the lead. For John Hennigan is probably (somewhat) better known as pro wrestler John Morrison, though these days, he can be seen as top villain on the thoroughly entertaining Lucha Underground, heading a faction cheekily called the World Wide Underground. The Rock he isn’t, but he does bring much the same physical presence to the role: wrestlers, I’d say, generally make better action stars than, say, rappers. Though could probably have gone without him doing a standing moonsault onto one of the enemy. 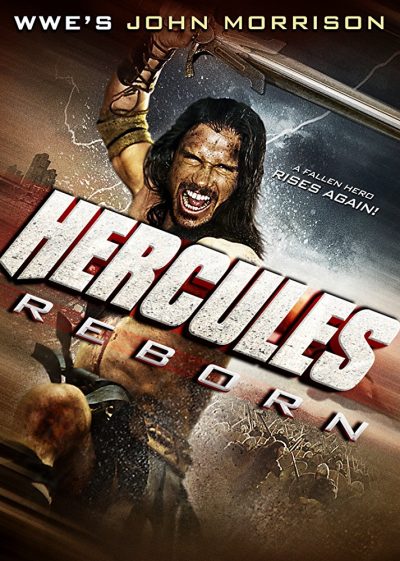 For an Asylum film, the production values are quite good, with the entire film being shot on location in Morocco. It’s just a shame, therefore, that the story is set in Greece. Which is about 1,700 miles away, and looks totally different. Throw in uniforms which are clearly Roman – indeed, Hercules is his Roman name, he was called Heracles by the Greeks – and you’ve got a very confused sense of place. Its sense of time is no better: this is supposedly around the birth of Christ, but Homer wrote about Heracles seven hundred odd years earlier. All told, I think it’s safe to say that any historians watching this, will be digging out their eyes with pencils, long before the final credits.

Fortunately, I am entirely unconcerned with things like “factual accuracy”. It’s about a guy who was supposedly sired by Zeus, f’heaven’s sake. Probably in the shape of a swan or something. Maybe a shower of gold. I’m not making either of those up, incidentally: Leda and Danaë, respectively. The women of ancient Greece would clearly fuck anything, as long as it claimed to call itself Zeus. In this universe, bickering because the earflaps on the soldier’s uniforms are the wrong shape, or whatever, seems to be missing the point of legend, just a bit.

For what it is, this is entertaining enough. Arias (Oliver) and Horace (Duval) head off in search of Hercules, after their commanding officer, General Nikos (Vox) stages a military coup and takes over the city of Enos as its tyrant. There may be some element of political commentary going on here, since what triggers the coup is the previous ruler’s refusal to invade a town for its resources. Hmm. As the subsequent crackdown continues, Arias and Horace realize there’s only one man who can help overthrow the overthrower: the legendary Hercules, who conveniently is reported to live in a nearby town.

After a scene in which everyone in an ancient Greek pub starts yelling, “I am Hercules,” in an obvious but still funny piss-take of Spartacus, the good news is, they finally track down the real man. The bad news? Hercules is an alcoholic, staggering around town, in a boozy haze, following the murder of his wife and kids. It eventually turns out Hercules did it, under the influence of a mysterious potion. [This is actually a bit tasteless: any wrestling fan will be reminded of Chris Benoit, who murdered his wife and kids before committing suicide, a tragedy some linked to ‘roid rage.] The rest of the film follows the entirely obvious and expected pattern, of Hercules cleaning up his act, and helping Arias’s rebellion.

To my surprise, I didn’t hate this. Hennigan has the “moody, troubled loner” thing to a T, but Hercules is really more of a supporting henchman to Arias. That’s a shame, since Oliver doesn’t have the same charisma, and is, frankly, bland. Did enjoy Vox’s scenery-chewing as the unhinged dictator, and the whole thing feels like a modern cousin to the sword-and-sandal flicks churned out in Italy during the sixties. If you’re willing to let go any pretense at historical accuracy, there are certainly worse ways to waste an hour and a half.