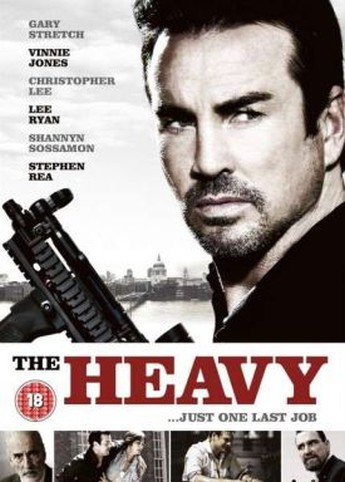 Brothers Christian and “Boots” Mason have seen their lives take two very different paths. Christian is now an MP, on the verge of announcing his candidacy for party leader. On the other hand, Boots (Stretch) spent seven years in jail after murdering his wife’s lover in a drunken brawl. suffers enormous guilt because his daughter was killed in a road accident while he was inside, and now works as a low-level collector for high-level gangster Mr. Anawalt (Rea). The siblings have been estranged for years, but Christian now needs his brother’s help, having discovered he has a heart condition, which requires Boots’ bone marrow to treat: given Christian’s testimony helped put Boots in jail, that seems unlikely to happen. From the other side, it appears someone has put out a contract on the rising politician’s life, a hit which makes its way through Anawalt to Boots. But aware of the operation, Christian hires Dunn (Jones), a cop with a brutal approach to investigative practice, to track down and stop the attempt.

The performances here are all over the place in terms of quality. Rea is great, Jones solid if hardly taxed, Stretch opts for understated to the point of flat-lining occasionally, and there are a couple of nice supporting cameos which I won’t spoil. But then there’s Adrian Paul as Christian, who appears to have been carved out of mahogany, and Sadie Frost, who turns up as a barmaid with absolutely no purpose to her character. Despite that, and a few holes in the plot [the press really wouldn’t have a field day with a prospective Prime Minister whose brother was jailed for killing someone?], I generally enjoyed this. Warren has a nice sense of style, and I liked the way the plot cuts between the “now,” and scenes where Boots breaks into a flat and holds a woman (Sossamon) hostage. Apparently unrelated initially, the two threads eventually come together in a climax that’s more satisfying than truly plausible. Despite what the promotional material might make you think, this is much less an action flick than a crime drama. If you go in expecting the former, you’ll likely be disappointed, but as the latter, it works a great deal better.