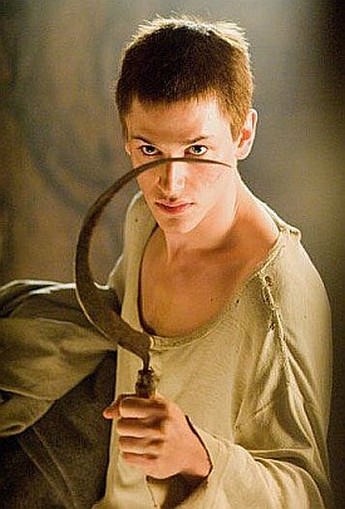 The main problem with the film is what we already know. Hannibal Lecter – as portrayed by Anthony Hopkins – is a nightmarish figure precisely because he kills for unjustifiable reasons and because we don’t know his background. The script here tosses both of those out the window: here, Lecter (Ulliel) is after those who killed and ate his sister during the war, while filling in the blanks demystifies Lecter to an enormous extent. Though Ulliel’s performance here is so colourless, when placed beside Hopkins, as to be of no interest, except to demonstrate how good his predecessor was. I get the feeling using Thomas Harris to write his own script was perhaps a mistake: there are a number of chunks where I can see how they may have worked on the printed page, much better than they do on the screen – even though this was a script first, and a novel later. Lecter escapes from Eastern Europe, links up with his aunt (Li), who trains him in the way of a samurai, until he decides he is ready to hunt down those who turned Mischa into a nourishing broth.

It’s not exactly a convincing exploration of Lecter’s psyche, especially since everyone around him has lost as much in the war, not least dogged policeman Inspector Popil (West). Yet they end up being normal – or, at least, not cannibalistic psychopaths. The question, what made Lecter that way, is never adequately addressed, something of a cop-out, given that’s what you want to see. The supporting cast fare better than Ulliel, likely since their performance is not immediately subject to the same kind of comparison: Ifans, best known for light comedy, is memorably sleazy, and if this existed on its own merits, it could be seen as passably-entertaining nonsense. However, because of what has gone before, the end result is to transform one of the most memorable villains in cinematic history into a teenage version of Charles Bronson, albeit with interesting culinary tastes. As such, it’s a spectacular failure.