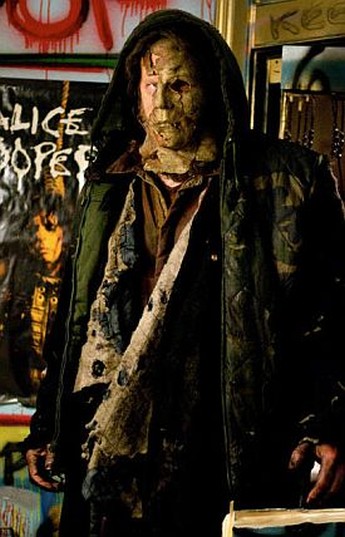 Having enjoyed Zombie’s first remake, this follow-up was pretty disappointing. It brings very little new to the party, and while the kills are undeniably brutal, they exist in an emotional vacuum, with little reason to care about about those being repeatedly stabbed by Michael Myers (Mane). It centres on the emotional aftermath on Laurie (Taylor-Compton), unable to achieve closure, as Michael’s body vanished after the events of the first film, and unaware she was his sister. As the anniversary approaches, she begins to have hallucinations, which are shared by Michael. He is still alive (of course!), and is heading back to town to be re-united with his sister. Meanwhile, Dr. Loomis is doing the talk-show circuit to promote his new book with even more lurid details about the case, which is what enlightens Laurie as to her dubious brother.

None of the elements here gel. Laurie comes off as a whiny teenage brat and it’s inexplicable how Michael sudddenly knows where she lives. Meanwhile, Dr. Loomis serves little or no significant purpose at all, before suddenly showing up for the final scene. It’s a shame, because what Zombie brought to the original remake [if that’s not a contradiction in terms!] was interesting enough to make it a worthwhile endeavour. Here, he takes the plot of the original and throws it away in the most hackneyed of horror clichés, the dream sequence, before meandering off in directions that are distinctly uninteresting, as there’s very little we haven’t seen before. His efforts to jazz things up with Michael’s visions of a white horse – whose significance is clunkily explained by an opening caption – simply don’t work. As noted above, the violence operates in such dead space as to leave them without the necessary resonance to give them any impact. The same can be said for the film as a whole: forgettable.