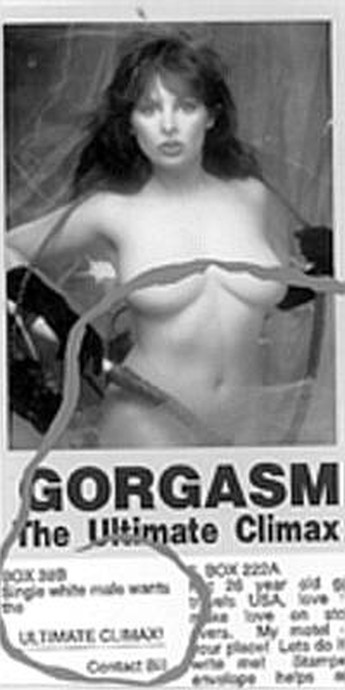 The film (actually it’s shot on video) isn’t quite as exciting as the synopsis sounds. It is a fun “bad” film loaded with cheesy gore, the topless Gabriela and some bad acting – as a “real” film, this one has some good ideas, just doesn’t execute them well. But taken on the level that Hugh Gallagher (publisher of the ‘zine Draculina) had the guts to make a film despite having no money or stars, I’d say he did quite well: it’s a big improvement over his first venture into film-making with the dull Dead Silence. (DP)