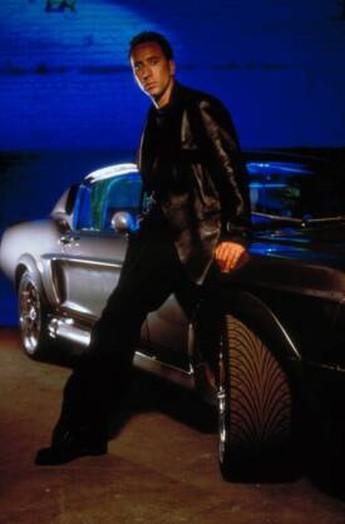 Cage and his crew have to steal 50 cars in one night, or kid bro’ gets it, from a pointlessly-English villain with no real character. Of necessity, this means lots of running around in the lead-up to a curiously lacklustre car-chase; rather than chucking in nods to the likes of Christine, the makers should have fixed the plot-holes — what are the odds against not one of the fifty cars being moved between getting scouted, and being stolen the next night?

It’s appropriate that Lara-Croft-to-be Jolie co-stars alongside Cage: major inspirations are Grand Theft Auto and Driver (to the extent that you almost expect ‘Felony’ and ‘Damage’ gauges in the top-left corner of the cinema screen), along perhaps with the works of anime master Kenichi Sonoda, who did Gunsmith Cats and Riding Bean. Cage’s friends provide flashes of interest, but there are too many for a movie which is spread thinly, what with the drooling over machinery ‘n’ all. Non-car freaks will likely find the title summarises its stay in the memory.