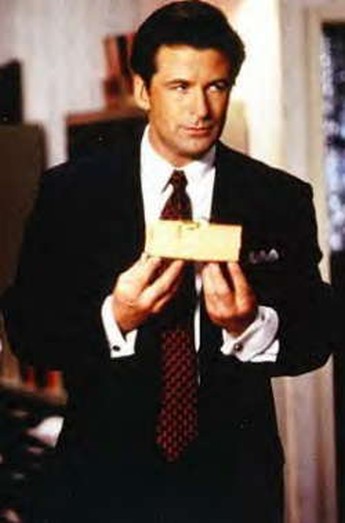 This play-turned-film is like an adult version of Lord of the Flies, pitting salesmen against each other in a contest where the loser gets turfed out into a cold, uncaring and dark world. The expletive count here is, I believe, 232 – I’d say that was erring on the low side, especially when Pacino gets going, though in the hands of a dialogue master like David Mamet, it never seems stale. It’s blistering stuff, most notably Alec Baldwin as the axe-man sent from head-office to bring the bad news: never mind THX, by the end of his speech, the audience is listening. Indeed, the film feels almost too short, especially with an ending that leaves little resolved; the overall effect is of a slice of time taken from the characters’ lives and served up for our ghoulish amusement. The main contrast is between Lemmon’s veteran and Pacino’s young turk, the latter relying on his skills, the former prepared to do anything to retain a place. Despite the fact that they are basically con-men, adept in the high-pressure selling of worthless tracts of land, you can’t help sympathising with them. Like the cockroach, however, you get the feeling they’ll survive…