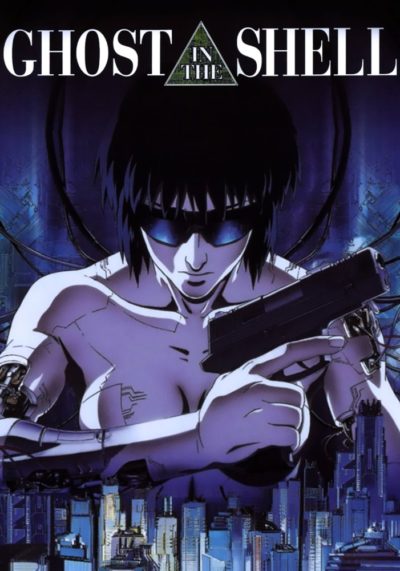 [22] Japanese animation is not a homogeneous genre. It runs the gamut in style and content from the sublime to the ridiculous. But in general, its hit-rate with female action heroines is significantly better than Hollywood: while the West dips its toes in the water, Japan does lengths up and down the pool. Aika, Bubblegum Crisis, Dirty Pair: you could do an A-Z without leaving Tokyo. And, indeed, virtually without leaving the works of Masamune Shirow: Appleseed, Black Magic, Dominion.  Ghost in the Shell has all the elements he loves – androids, babes and really cool weapons.

These factors are great, and the look combines computer graphics and traditional animation to good effect. A shame, therefore, that the plot leaves a lot to be desired: it starts off as the hunt for a rogue AI, then gets lost in pseudo-philosophical ruminations about the nature of humanity. Battle Angel Alita did this sort of thing better, and far less obviously; ‘Ghost’ grinds to a halt for exposition before shooting off at 100 m.p.h. once more. The resulting ride is as you’d expect: very bumpy, albeit never boring.