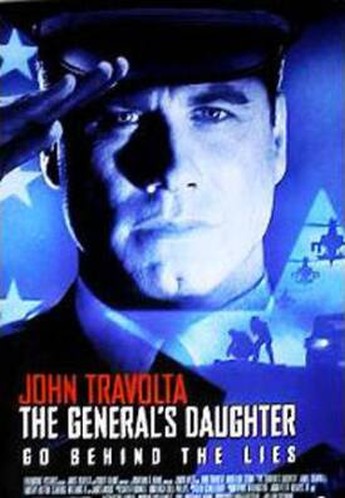 For his follow-up to Con Air, West has chosen a less frantic film, charting army cop Travolta’s investigation into the titular death. From the get-go, it’s clearly no simple case, and there’s the expected murky goings-on, clashes of loyalty, conflicts with the civilian police, etc. Stowe adds support as Travolta’s sidekick, and delivers an early contender for the year’s Best Scene Involving Panties. Although Travolta has played both heroes and villains, on this showing, he needs a decent foil to be a good guy – the verbal duels with dubious psy-ops chief Woods provides the film’s nicest moments, and after Woods’ departure, Travolta is left flailing a bit. Generally, the movie is at its most effective when hiding its hand, and the build-up is efficiently brisk. As the truth finally emerges, it’s something of a disappointment, especially compared to the luridly incestuous scenarios which we were contemplating. Perhaps that’s just us…