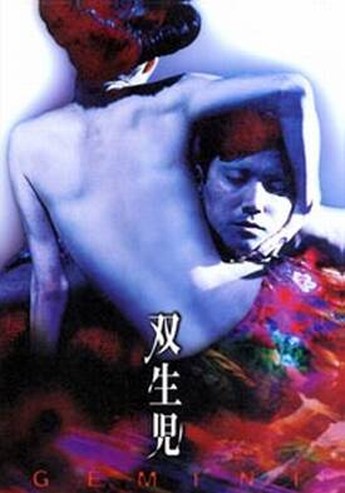 The director of Tetsuo may not seem like the obvious choice to direct a period film, but this one is based on a creepy story by Japanese writer Rampo and while, less excessively manic than some of his other work, is no less ominous. The “evil twin” concept is not a new one, but Tsukamoto runs a simple plot through a blender to get a William Burrough-style cut-up that only starts to make sense after you’ve spent a good hour cursing its infuriating impenetrability; it’s not just the stuff of nightmares, it’s also has the same style and illogic.

There’s a wonderful double performance from Motoki as good and bad brothers, while Ryo, the woman sought by both, looks totally unworldly, a china doll crossed with a Grey. It’s all terribly unsettling, as it moves jerkily towards a climax which would suggest a new God of Death has arrived on the planet. How much is Rampo’s, and how much Tsukamoto’s, is hard to tell though I assume the industrial/noise soundtrack is firmly in the latter category. The result is a film that you look back on more fondly than while watching it; if I wasn’t in the middle of a row, I might have walked (only ever done that twice), yet it eventually pulled me in to the point where I’d quite like to see it again. After several near-remakes, which played relentlessly on the same themes, it’s an interesting deviation.