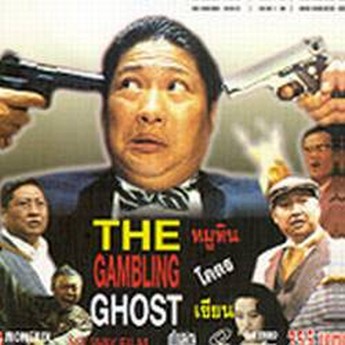 [14] Double roles are not uncommon in Hong Kong films, most notably in God of Gamblers with Chow Yun Fat [not strictly two different people, but the same guy in two radically different ways]. Here, Sammo goes one better and plays three generations of the same family, a layabout son with an eye for a scam, his hard-working father, and the dead grandfather. Son has a brush with a triad and has to come up with a million dollars fast. Cue the arrival of the grandfather’s ghost and the predictable, if generally amusing, chaos. Starts off well, as a parody of the aforementioned GoG, but runs out of steam a bit until the grandstand finale, which showcases Samo at his best. Hope for all who’ve had an extra cream bun.