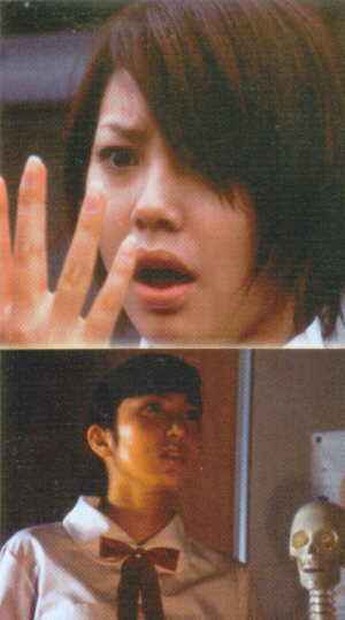 Anthology movies usually tend to the mediocre, simply because the more stories you need, the less the chances they’ll all be good. Or, indeed, bad, which makes this something of a rarity, in that all the sections suck, more or less. The idea – three tales, all set on the last day of summer vacation – is fine, but none of them have enough meat to hook you for five minutes, never mind the thirty or so to which they are stretched here.

It opens with three young kids mooching around a school, deserted save for them, two strange teachers, and an odd, silent girl whom only one kid can see. When the last-named follows the girl into a potting shed…things get strange. Not interesting – just strange. The second part tells an “urban legend” of a haunted science room where three pupils were killed; it eventually seeps into reality, but not before some of the most pointless, aggravating camera movements I’ve seen. The finale – something to do with a curse from a dead crow – is perhaps the most successful, and does possess a spooky atmosphere, though this is largely because it is almost totally incomprehensible.

No attempt is made to tie the stories together, the acting is generally lame, the characters struggle to reach one dimension, and the production values are never more than adequate. It seems that the success of Ring has, inevitably, led to at least one failed attempt to cash-in. Nice to be reminded that not every horror movie out of Japan is worth watching.