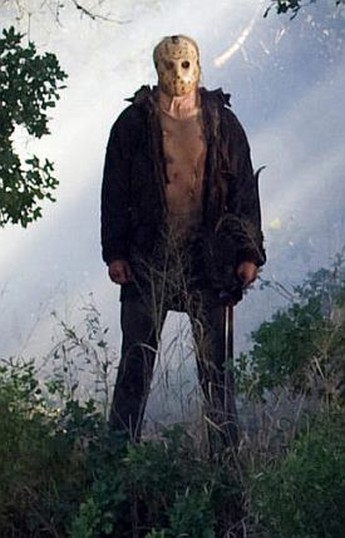 Delivering the most successful opening weekend of any horror-film, this is a combination of elements from the first four movies of the original series, galloping through Mrs. Vorhees, Jason finding his mask, and of course, the slaughter of multiple groups of teenagers. The first bunch disappear after they arrive at Camp Crystal Lake looking for a marijuana farm, and the second head out for a party weekend, where they meet Clay (Padalecki), the brother of one of the victims, who is searching for his missing sister, Whitney (Righetti). He crosses swords with Trent (Van Winkle), whose cabin is the base for the party, but Trent’s girlfriend Jenna (Panabaker), takes the side of Clay, and the pair go off to continue the search for Whitney. They soon run into the masked one, who is continuing to do what he has done for the past thirty years or so: dispatching the sexual active and substance abusers of the younger generation, with a variety of pointy implements. Bless his heart…

Competent rather than inspired, Nispel sticks mostly to the basics, and is to be commended for not attempting to make a PG-13 version of the film, with the best selection of hardcore kills seen in the series for quite a long time [look, don’t make me go check, please…]. One occasionally senses Nispel is aware of the cliches, such as the sequence where we cut between four characters, one of whom is stealing liquor, and another is smoking dope and masturbating, while the remaining two have sex. Ooh, where will Jason start? However, in general, there’s not much here to get excited, especially for someone like me who has seen Vorhees go on the rampage eleven times recently. The script injects an odd angle in that Jason doesn’t just kill, he also captures; this doesn’t ring true with any previous movie, where it was a case of “If you see him, you’re already dead.” And the captive looks fairly clean and well-fed, which raises a whole slew of unanswered questions: “Two pepperoni for delivery please, name is Vorhees.” Better off not bothering with trying to fix what wasn’t broken.

Body count: 14. Best kill: that would be the girl, macheted from above, while hiding in the water under a dock. What makes it stand out, is the way she then gets lifted up for a moment, purely so the audience can see her breasts. Nice work, Nispel.