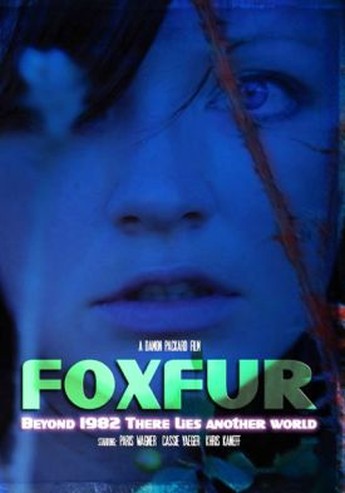 The line between genius and incompetence is a thin one. There were point where this teetered on the edge of an F rating, but I think that’s partly the result of my expectations. I’m not sure what I was expecting, mind you: it certainly wasn’t a low-budget experimental piece of film-making, from a creator who had apparently purchased a bulk pack of digital video effects and was intent on using them all. I do have to admire the “zero fucks given” approach to things like continuity, cheerfully handwaving it away with dialogue such as “I cut my hair while you were asleep”.

Using at least five actresses, including those listed above to play your lead actress is also… Well, let’s say a bold move, and leave it at that. It could have been an interesting way to depict how we have different personas on our surroundings and who we’re with, but there’s not even any apparent consistency or logic to their use. Is this just shitty film-making? Or is is shitty film-making with an agenda? I’ve no idea, though I won’t exactly be chasing down many more of Mr. Packard’s work, in an effort to answer the question.

The “plot” (and it probably needs more than one set of quotes) concerns Foxfur, who might be mentally-ill or just very strange. She is obsessed with various new-age/conspiracy types, such as Richard Hoaglund and David Icke some of whom “appear” in the film (again quotes used advisedly, since the people playing them don’t appear to have much similarly to the actual gurus in question). She tries to make her way to the Bodhi Tree bookstore, is evicted from her apartment, stabs her landlady and then, apparently turns into the heroine from Brave and wanders the California countryside, before meeting an extra-terrestrial entity.

If none of this makes any sense, that would be because none of this makes any sense, and large chunks of this are as irritating as hell for their casual incoherence. I will admit, chunks of it do work: there’s a lovely moment where the ET pulls out a bag of chips and bottle of lemonade, which I’ve read was apparently a bizarre bit of product-placement, and is another “zero fucks given” aspect. I will admit, looking back on this I feel more fondly toward it than I did at the time, but it’s still far too unstructured and lacking in discipline to be more than self-indulgent, art-house wank.