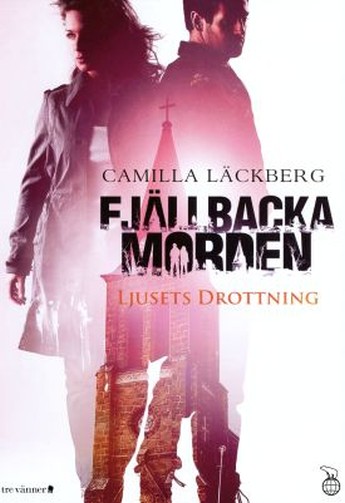 Just to keep things squared, this is the sixth entry in the series, but the third I’ve seen. I think it’s probably also my favourite to date, doing a nice job of merging the past and the present, with the sins of the (literal) fathers coming down to haunt the next generation. There are two stories, running more or less in parallel. One dates back to the thirties, and has a member of the local landed gentry, dallying with one of the “downstairs” servants, only for her pregnancy to throw a spoke in the works. Meanwhile, in the present day, a young girl has gone missing, while the owner of a local herring processing plant turns up dead, in a crate of his own product. These events set in motion a chain of events that bring things back full circle, and lead to further tragedy. As usual, in this small town with an improbably-high murder-rate, things are investigated by crime writer Erica Falck (Galli) and her policeman other half, Patrik (Ulfsäter).

The title translates as “Queen of lights”, and is a reference to St. Lucia’s Day, celebrated in Scandinavia on December 13 – a girl is elected to portray Lucia, and heads a procession wearing a crown of candles on her head. I mention this because we hadn’t a clue, and were rather distracted by the whole “teenage chandelier” thing. Once we got past that, this is a very solid piece of crime drama, which manages to avoid the overly contrived resolution which had been an issue in some other entries. People also behave in a way that seems credible; while you may not agree with their motivations or the actions which result from them, you can see how one would lead to the other. In the interests of full disclosure, Chris did doze off before the end, but it had been a long day, poor dear and she seemed genuinely sorry to have missed it. I’m not holding that against this, and indeed, if you see me running around with candles on my head next December 13, you’ll now know the reason why.