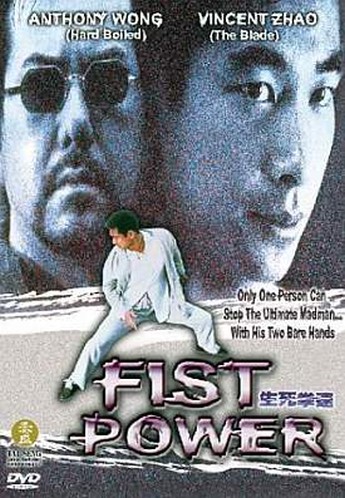 Ex-soldier Chau (Wong) is at his wit’s end, with his stepson having been repossessed by his biological father, a gangster who is about to spirit him out of the country, albeit only to claim an inheritance. The cops won’t help so Chau takes an elementary school hostage. The uncle of one pupil, Brian (Zhao) takes it upon himself to rush to the airport, counter-kidnap Chau’s son and bring him back to end the siege; fortunately, he’s a visiting security expert from the mainland, with mad kung-fu skills, and he’ll need them. A plucky reporter (Lai) and manic driver (Lee) are on hand to help out, in what is really a long chase sequence with occasional martial-arts, though Cheung rarely keeps the camera still enough, or far enough from the participants, to be able to appreciate their skills. Amusingly, Jade Fox from Crouching Tiger, Cheng Pei-Pei, and another veteran, Law Kar-Wing, shows up as members of the hero’s martially-adept family. Guess they must both have had mortgage payments to make that month.

It’s one of the central tenets of TC philosophy, that no Anthony Wong movie can ever be entirely worthless, but this certainly counts as a shameful waste of his talents – after he takes over the school, he has almost nothing else to do for the rest of the film. It mostly focuses on Zhao’s rush to the airport, and his return, against a series of minions, out to re-re-abduct the kid. Large chunks of this make no sense, such as the bad guys opting to set up an entire fake police department: they can manage that, but none of them can get a gun? Still, the frantic pace lifts this up to being just about acceptable and there are occasional decent moments, like the fake-cop shop battle, where Taiwanese actress Li Fei shows her skills as well. But the film remains disappointing; with the abilities of those involved, it wouldn’t have taken much for this to become a solid action film, rather than a mediocre time-passer.