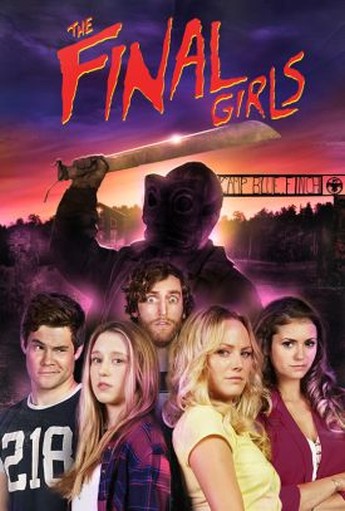 Smarter than the average horror movie by quite some distance, this sees Max Cartwright (Farmiga) attend, with some qualms, a screening of slasher pic Camp Bloodbath, a movie which starred her late mother (Akerman). When a fire breaks out, Max and four friends escape through the screen, only to find themselves inside the film. They pass themselves off as new camp counselors, and initially look forward to the immersive experience of watching the carnage unfold around them – right up until they discover they are not immune from the wrath of Billy, the masked maniac who is stalking the teenagers, and the plot is not fixed. So, they opt instead to use their meta-knowledge of horror tropes to help everyone survive, Max in particular striving to stop her mother from meeting the same untimely death in the film, which she suffered in the real world. Unfortunately, the film already has its “final girl” who takes on Billy at its climax and survives, so will Max being able to depose the incumbent and install her mother in the role?

If it takes a little while to get going, when it does, the script treads a nice line between making fun of the genre, and paying loving homage to it, balancing retro-nostalgia with an awareness and acceptance of slasher stupidity, in particular the “have sex and die” cliche. The mix of old and new occasionally works to magnificent effect, e.g. their desperate efforts to prevent the “camp slut” from taking her top off, by taping boxing gloves to her hands. [Her performance after slamming down way too many Adderall is also brilliant] It is definitely limited by its PG-13 certificate – compare, say, Jason X, which was able to use sex and violence in a way not possible here. Still, it does manage to be more than just parody, putting together a new story with some interesting characters, and possessing more genuine emotion, in Max’s increasingly-desperate efforts to save a mother who doesn’t know who she is, than most of its ilk. Obvious ending is, however, extremely obvious, abandoning any effort at providing resolution in favour of teasing a sequel. Booo!