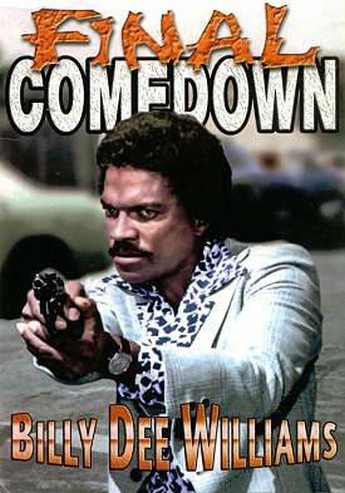 It’s impossible to see how such an incendiary piece of work could be made today – how times do change. Only eight years after this 1972 rant, Williams took the white man’s money to play Lando Calrissian. So much for revolution, eh, Billy? And this is such an angry movie. Told almost entirely in flashback, he plays black radical Johnny Johnson, who is shot by the cops. While clutching his stomach in an alley, he recalls the sorry tale of events that led to his current situation. These, basically, can be summed up as “white people suck”. There’s almost no benign, or neutral, Caucasians in the film: even the ones supporting Johnson are all vacillating, bleating cretins. But most are just unabashed racists. Witness this exchange between two (white, naturally) cops: “Don’t shoot him – he’s a doctor!” “Well, he’s still a nigger.” Bang.

There’s no denying the righteous indignation here, and there’s equally no denying the sledgehammer approach also on view. As a hero, Johnson can barely stand because of the F-sized chip on his shoulder – far be it from me to point out that he doesn’t appear to, oh, have a job or anything. Guess not bothering to work is his way of getting compensated for slavery. Still, there are effective moments, such as the opening, which cross-cuts police brutality with groups of black people reciting the Declaration of Independence, and by the end of it, I was ready to storm Beverly Hills and kill whitey. Given I’m so pale, I put “transparent” on forms when asked for skin color, that’s not a bad achievement.