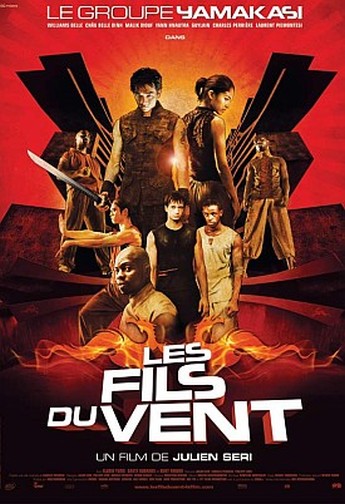 Parkour, also known as free-running, is an urban sport that requires agility as well as strength, and when done right, is graceful and jaw-dropping. There’s a single shot in the middle of this film, where three of the heroes are trapped on a narrow gantry maybe 80 feet off the ground; the way they escape is a perfect example of the beauty of the sport, the camera following them in dizzying style, as they make their way down using the support to hand. Unfortunately, that’s about the only time Seri sits back and lets the action speak for itself; the rest of the time, he inflicts a punishing repertoire of lightning-fast edits and visual trickery, as if lacking confidence that any real action is capable of holding the audience’s interest for entire seconds. The result, rather than enhancing the skills of the participants, is to dilute them to the point where you often have no idea what’s going on, because the results are choppy and badly disjointed.

Maybe the creators should have been more concerned about distracting viewers from the plot, which is contrived when it isn’t entirely incoherent. The parkour team jet about from London to Bangkok – it’s never clear how they can afford this globetrotting – where they run afoul of local gangsters, where there’s a struggle for supremacy between the triads and yakuza. Which I could probably take more seriously, if the head of the former wasn’t played by Burt Kwouk, best known for leaping out of fridges and attacking Peter Sellers, in his role as Cato. It’s also kinda odd seeing all these eastern criminals speaking in badly-dubbed French. There is the obligatory love interest, and it all builds to a remarkably silly battle in an industrial park where people throw away their guns so they duel honourably with their opponents. There is still the potential for a great movie about free-running. This, however, isn’t it.