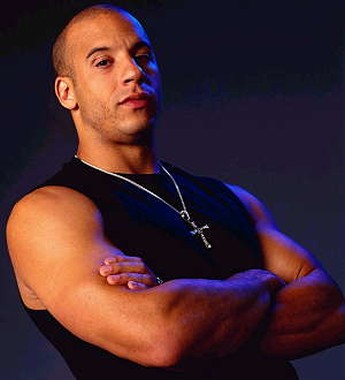 At first this seems like hardcore car-porn, with all the shots of thrusting pistons, glistening chrome, throbbing turbos and bonnets spread wide open, all for our voyeuristic pleasure. Then it calms down, which is both fortunate and disappointing, as the subversive pleasures and thrilling race sequences are replaced with a tired plot about an undercover cop (Walker) who falls in love with the sister (Brewster) of the racer (Diesel) who he’s investigating. Diesel and his hard-ass girlfriend Rodriguez go a long way to keeping the engine running here, despite the plot being a clapped-out banger – the street-racing thread itself, and the tension between the various factions, would have been a better way to go than the hackneyed road this takes. At one point, Walker’s boss even says, “You’ve got 36 hours to crack the case,” which shows an alarming lack of cliche awareness.

Perhaps they were aware of the lawsuit potential in a film which, make no mistake about it, glorifies illegal activity (I note an impassioned warning from Vin on the movie web site, warning that all the stunts were performed by trained professionals, etc. – whatever you say, Vin), and decided to opt for a safer approach. Despite this, you might want to stay off the roads on the way from the cinema, judging by the furious revving of engines we could hear in the parking lot.