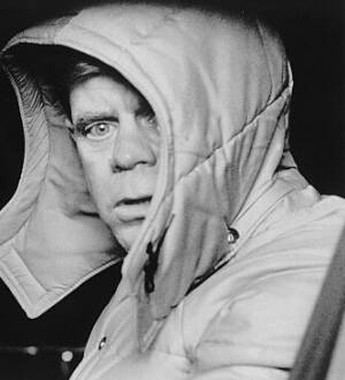 For some reason, I hated this first time round, but on a second viewing (coaxed out by Chris), I really enjoyed it. Sure, it still has faults – the high-school classmate is creepy and totally out of place, while funny accents aren’t nearly as amusing as the Coens seem to think – but the characters are simply phenomenal. All four leading actors are given great personas with which to work, and they deliver enthusiastically. Hard to pick anyone for special praise: Macy’s woebegone car-dealer, who has his own wife kidnapped to get out of debt, McDormand’s heavily-pregnant cop, and hired criminals Buscemi and Stormare, are all excellent.

The Coens were born and brought up in Minnesota, which might seem to give them licence to poke fun at the locals, but Mr. Cranky made the point that “this is like making a black comedy about Downs Syndrome and claiming that you are sympathetic to the plight of mongoloids because you too have chromosomes”. The ‘true story’ angle is also a pointless conceit, having been abused to death – a good rule of thumb is, any film that need to say “this is a true story”, isn’t. I will, however, cheerfully admit these are trival nitpicks, and the vast majority of the film works beautifully. Thanks to the performances, you are drawn irresistably into a crime as it collapses around its perpetrators.