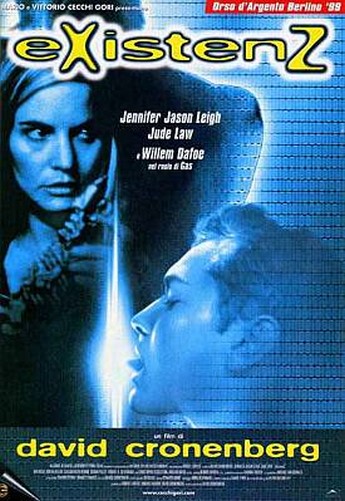 We’ve now gone past the first generation of VR movies; things like The Lawnmower Man failed, because technology wasn’t up to portraying cyberspace. The Matrix has pushed things to a new level but, typically, Cronenberg’s virtual reality looks just like the real world; there’s only the odd quirk to alert the careful viewer to the difference. And your viewing had better be careful, since a failure to pay attention will leave you floundering in the multi-level plot, as Leigh and Law romp in and around the next generation of computer software. Or do they? It’s very pleasant to have an SF film which makes the viewer think, even if it’s shallow mind candy compared to the likes of Videodrome – it seems even Cronenberg is not immune to the dumbing down effect of Hollywood. Still, the most intelligent genre film of the year by some distance, possessing more than its share of disturbing subtexts and imagery. As the couple sitting next to me were leaving, the man said “Well, I don’t know what that was about, but I enjoyed it.” Chalk up another victory for Cronenberg!