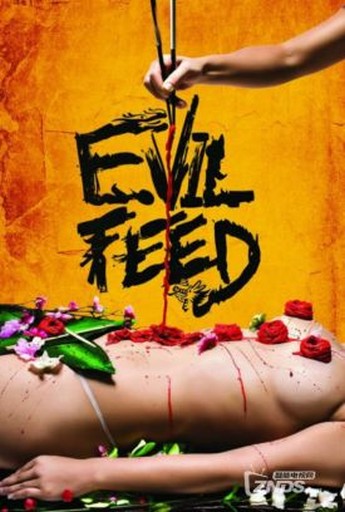 A strange mix of horror and martial arts, this centres on a Chinese restaurant called “The Long Pig”, run by the psychotic Steven (Chen), who took it over after killing his father. There’s a clue, right there in the name, for it specializes in dishes made out of human flesh, carved from the carcasses of the losers in cage fights staged in an underground labyrinth. The latest fresh meat to arrive is an ethnically-mixed group of friends, led by “Black Norris” Tyrone (Gilroy), backed up by Jenna (Mailey) and her boyfriend Nash (Gacki). They’re looking for their karate teacher, who has already become a three-course dinner; meanwhile, Steven is having fend off predatory advances from the owner of an English restaurant with a similar menu, who wants to know the secret of his house specialty, the “dickie roll”. This is both exactly what it sounds like, and gives a good overall idea of where the film is aiming; if you need any more of a clue, there’s a character called Phat Phuk. I’m sure I’d have found that hilarious when I was twelve, too.

And there’s the problem. The concept here is one that would be better played dead straight: it wouldn’t need to be yukked up with juvenile humour, if the performances were at the right pitch. Everyone in this needs to watch a few Anthony Wong movies, and see what I mean by this: too often, the tone of the acting here seems to take the viewer out of the moment, though Chen seems to hit the mark often enough. It’s also severely underlit: while I get the idea that it’s supposed to generate some kind of dungeon atmosphere, something more than a 40-watt bulb would be helpful, especially when you’re supposed to be streaming the action for the viewing pleasure of your diners. It does have some enthusiastic moments of gore, with a particularly memorable face-ripping, and there are occasional moments which are actually funny, yet the victims never become more than two-dimensional stereotypes, for whom you have little or no reason to cheer. This robs the film of any genuine wallop, and unlike the effect The Untold Story had on us, we’ll be quite happy to order Chinese for dinner tonight.