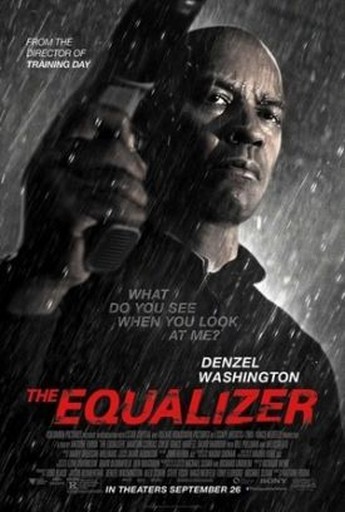 Growing up, I used to be a big fan of the TV series on which this is (loosely) based. Edward Woodward was great in the title role, entirely plausible, even though he was in his mid-50’s. He was kinda like a Doctor Who that could kick ass, using smarts, a selection of allies, and occasionally brawn, to take on and inevitably defeat the bad guys. The theme is more or less the same here, with Washington as retired special forces guy Robert McCall, who comes out of retirement after a young prostitute (Moretz) he has befriended, gets beaten up by her Russian pimp. McCall kills the entire gang, after they sneeringly refuse his offer to buy her out, which causes their boss to send enforce Nicolai “Teddy Rensen” Itchenko (Csokas) over to Boston to locate the person responsible. When McCall discovers this, he doesn’t sit around; he instead goes on the offensive, seeking to destroy their entire New England operation, a move which causes Itchenko to switch tactics and go after virtually the only people McCall cares about – his colleagues in the home improvement store where he works.

I was in my early twenties when the TV show was on. So, while I haven’t seen it in a quarter-century or so, it has probably a better chance of standing the test of time, than something like Blake’s 7 or classic Who, from my childhood years. While the film certainly contains a crunchier degree of violence, in no small quantity (even if it does take a while to get there), I suspect that what’s lost here outweighs what has been gained. Washington has a decent sense of gravitas, yet his efforts to avoid punching people out seem more like token efforts than genuine belief in violence being a last resort. Csokas is a decent villain, though having seen him as the Baron in Enter the Badlands, I kept expecting his Russian accent to morph into a Southern gentleman; Moretz is largely wasted, even if her accent is perhaps more convincing. Credit for attempting to push this in a different direction – unlike, say, the Miami Vice movie – this unfortunately just means it becomes redundant in other ways, especially if you’ve seen John Wick.