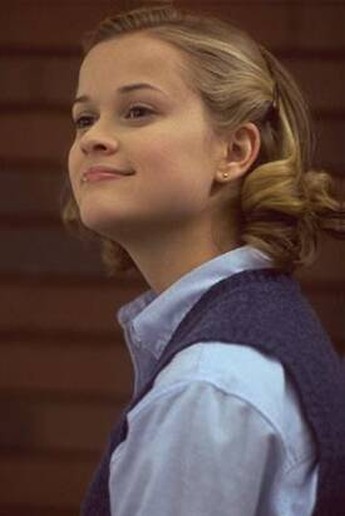 This year, it seems the toughest, nastiest films to come out of Hollywood have all been set at high school; this one centers round an election for school President which teacher Broderick wants to fix. There’s no doubt some deep social reason for this current obsession, but it’s Friday night, and you probably only want to know whether it’s worth watching or not.

Actually, I was a tad disappointed, expecting something with more ironic bite; a lot of its energy seems to be dissipated away in stuff like Broderick’s love life, which is lightly amusing and pretty satire free. It’s also perhaps too even-handed, lacking the polemic viciousness which characterises the best satire. But Witherspoon, as wannabe politico Tracy Flick, is a revelation, all tightly pursed lips, and in all probability, equally pursed butt-cheeks. Her jock opponent (Klein) does a startling Keanu Reeves impression, and Broderick watches as things go from bad to worse. The horrible thing is, I get the feeling it’s really not that much of an exaggeration…